The title of this series, begun in 2009, refers to the current state of environmental policy in the US, which has slid into outright denial of global climate change in Congress even as the planet continues on its dangerous trajectory of warming.

While many countries are trying to shift away from fossil fuels, US policy, as pushed in Congress by the major oil companies, is promoting the burning of more and more carbon-based fuels instead of investing in the clean technology that might reduce the rate of warming. With the opening up of extensive natural gas drilling, new drilling for oil off shore in deep water, and the easing of regulations on the coal industry, the energy companies have dropped any pretense of supporting the research and development of cleaner sources of energy.

In addition to the dangers to human existence presented by changes in our climate, in this series I also wish to address the results of warfare with images from the devastating destruction experienced when the atomic bomb was used on Japan at the end of World War II. Using images taken from old photographs of the aftermath of the bombing and producing them in charcoal against heavy skies, I hope to remind the viewer of the physical effects of warfare on the environment and by implication the terrible suffering of those who must endure it.

As long as the fate of our species hangs in the balance between what science tells us is happening and the ravages of consumption and profit, over time man will be required to deal with the total degradation of the environment and the resulting detritus of civilization. Will there be any attempt on a global scale to reverse these trends before it is too late? What are the costs to civilization itself of endless war and willful ignorance? 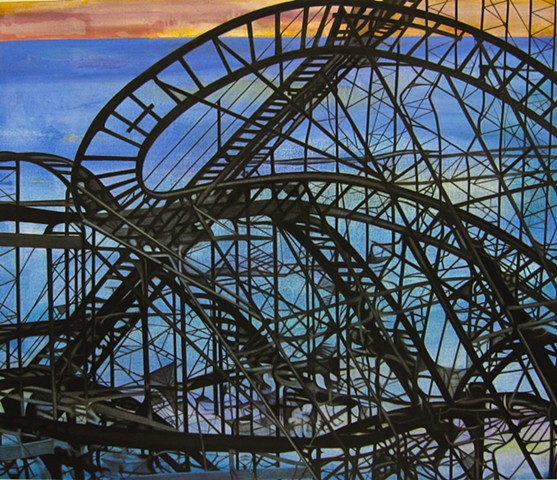 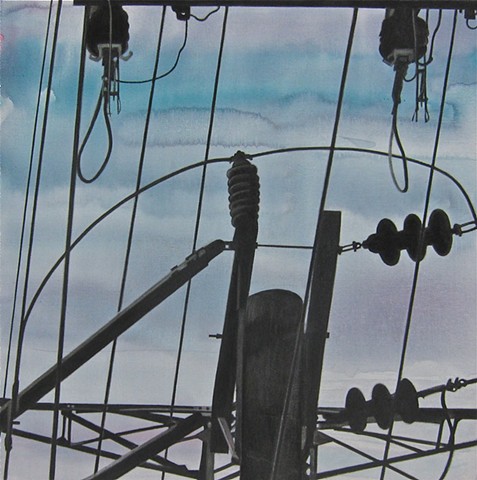 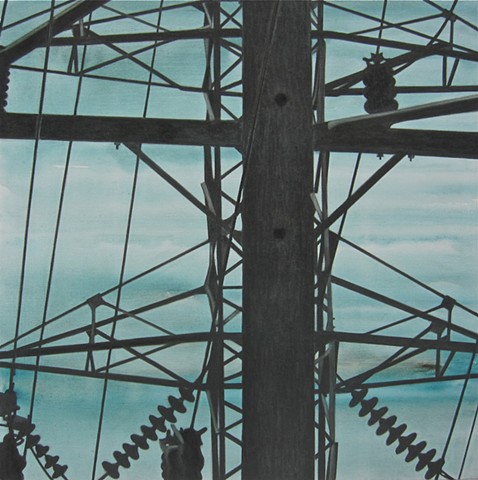 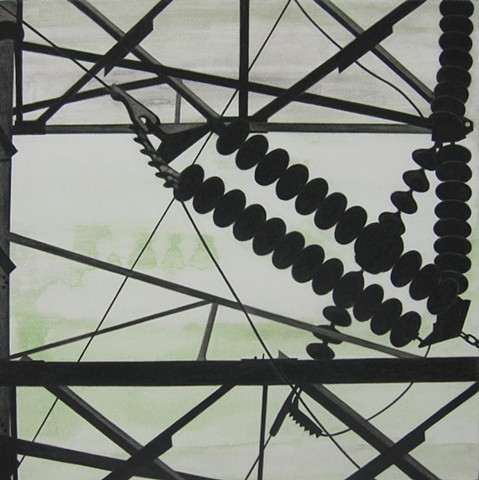 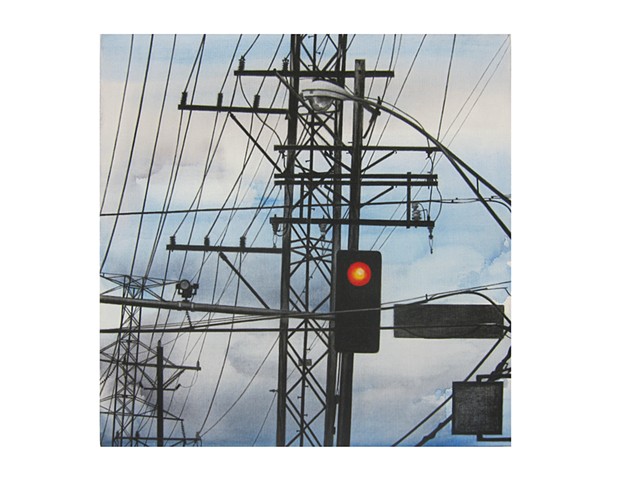 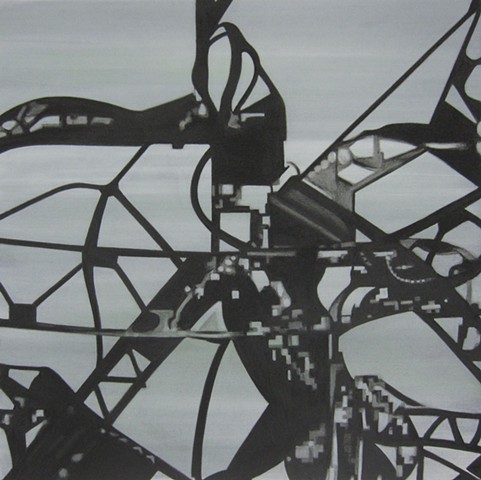 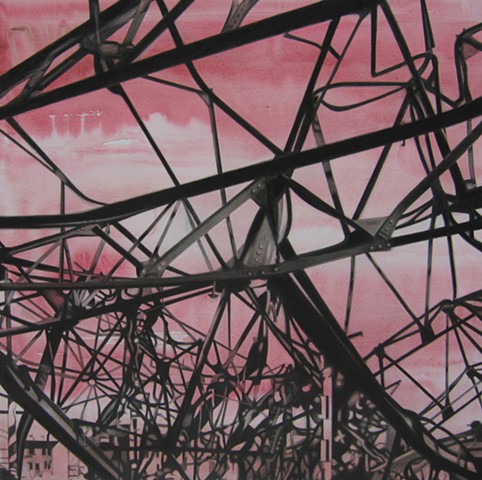 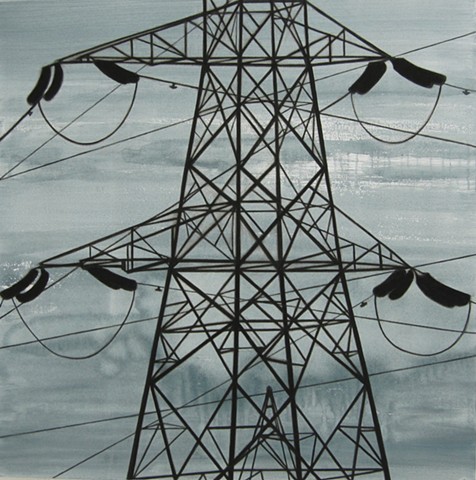 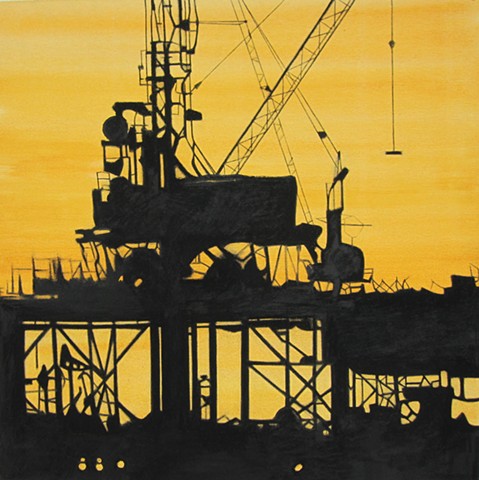 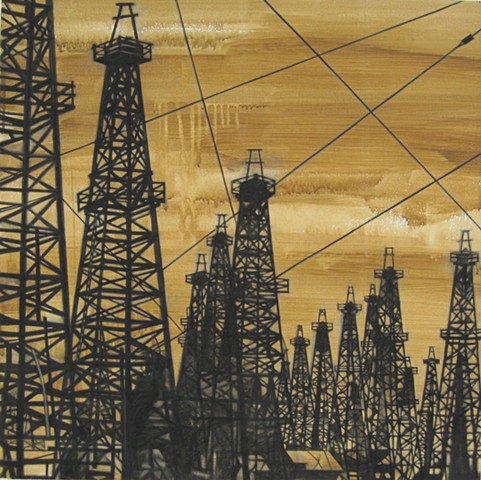 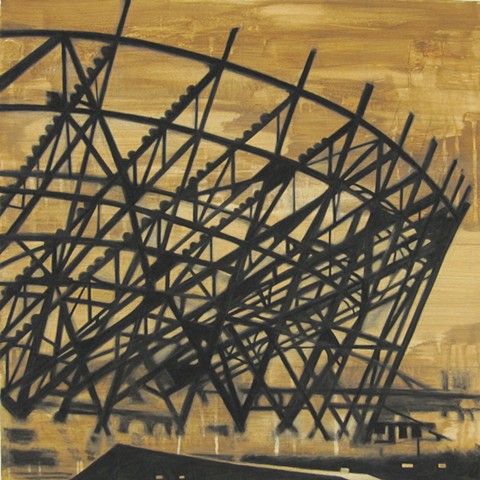